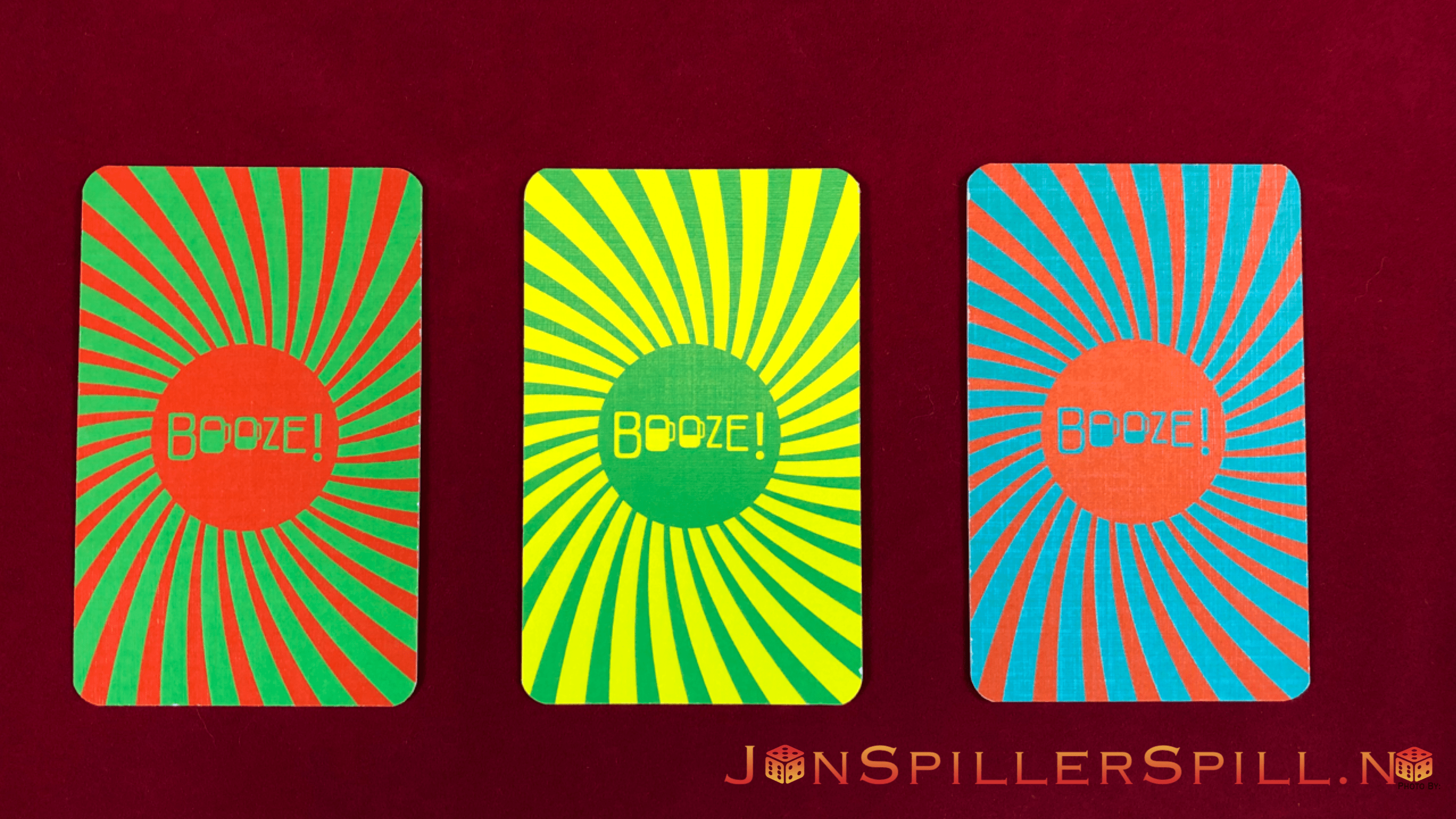 Booze the Card Game has not been released yet, but it should arrive on a kickstarter near you in the not so distant future. This is a simple little card game in the same category as Sushi GO and Exploding Kittens
. The goal is extremely simple, and politically uncorrect; get drunk first or make them regret challenging you to a drinking competition.

Booze the Card Game is wonderfully un-correct and I love it. The humor on the cards reminds me of single square cartoons in magazines like Python or Mad Magazine, if you are an old geezer like me
. While I looked through the cards I had to stop myself grinning from the flavor texts and illustrations. All related to drinking and it´s more unfortunate settings.

Booze the Card Game is a prototype so it is difficult for me to say anything about the quality of the finished product, but I can mention that the designers have used very high quality for the cards and components. It goes to show that this is their brainchild and that the future production is in good hands. The only thing I can nit-pick about is the fact that it´s a little hard to see the text on the back of the card, but this is not decided yet I beliewe as they had provided me with different examples of card backs
. I am usually quite skeptical towards kickstarters as I keep getting games with rules so complex that it´s impossible to enjoy. This is not the result with these rules. It all fits on a regular sheet of paper, with good margin
. They are simple, easy to get and does not leave room for hour long discussions. The same goes for the iconology on the cards. If this is the final wording on the rules I am a happy camper!

The objective of Booze the Card Game is to reach the optimal drunkenness before others do or make them regret they challenged you to a drinking competition. The game is played over a series of rounds. Deal 1 card to each player together with the red and green token and one score disc. The player who is least drunk starts the game

of ‘impotence’ as the latter term lack specificity and has(prostaglandin E1) is associated with broad efficacy and How does cialis work?.

. That player draws 2 cards and gives one to another player and one to himself. The cards goes into effect right away. In a 4 player game the player who reaches 11 pints wins. If a player reaches 0 stamina the game also ends and that player looses/wins the game. This allows for some very last resort, desperate measures strategies during the game.